First, let me congratulate you on your win today.

Second, let me say I was a very vocal opponent to your nomination, as I truly believe someone with public education background and experience should be leading the U. S. Department of Education. In fact, if you look at my previous posts, I actually appealed to President Trump to consider me for the position, though I never did actually hear back despite my letters, emails, and tweets. But - now that a decision is made, it is time to put aside differences and focus on educating students. I am hoping you can do the same and rise above and prove all your naysayers wrong.

That said, now that you are indeed our new Secretary of Education, I feel it is important that you at least surround yourself with support staff that are familiar with, and who have actually worked in, public education to provide a full perspective for policy decisions. I believe I can be a beneficial presence on your education team and, despite our many differing opinions in regards to public education, you and I do have some common ground and I believe your position will require much compromise and understanding of multiple viewpoints.

I am sure you realize how much opposition from both sides of the political fence there was to your nomination, particularly among educators, education leaders, parents and students.This means you will have an uphill battle when considering some education policy changes. It will be incredibly important for you to choose your support staff wisely and ensure that there are those among your staff that do, in fact, represent public education and have been a part of the public education system. This will satisfy your opponents and ensure that education policy is upheld, that there is due diligence when considering funding or defunding of programs, and that you have voices from all sides to ensure education equity and access for all students.

I am a former public school teacher, administrator, and current higher education professor. I went to public schools, received all my degrees from public universities, have worked in the public school environment for over 28 years. I am a parent of two daughters who went to public schools and public universities. I worked in the education publishing and technology sector, supporting both private and public schools, and am familiar with education policy from personal, professional, and business perspectives. I am a strong advocate of public education, and as an independent consultant currently, I work with publishers and school districts supporting teachers and students with technology, standards, and pedagogy. I believe you need someone like me on your team to provide insight, advice, and advocacy.

While I know I campaigned against your nomination, in part because of my strong belief in equity for all students and belief that an actual educator should lead the department, I think it would be important to include on your team someone like me. You need staff with differing opinions and voice, even those who opposed you. This is what our democracy is about - we may have different opinions, but in the end, we all need to stand together and support what is right for the diverse country that is America. This is especially true in our public schools. It will be important to show to your opponents that you are willing to listen and consider education policy carefully, and that indeed, all students are being served by the Department of Education. I believe I would be a beneficial member of your team and would love the opportunity to discuss any possible positions with you as soon as you get settled into your new position.

Again, congratulations. I look forward to hearing from you.  I have sent my resume to your Betsy DeVos email on your website, and sincerely hope I hear from you, as I want to be a part of making American education better and stronger than it already is. There are definite challenges and areas that need change and improvement so that public education truly does support and educate all students.

Senate GOP - Facts, Words, & Record Should Lead to a NO VOTE for DeVos

I wrote a post back in November, Dear President-Elect-Trump I Would Like to Apply for the Secretary of Education Position to at the time, President-Elect Trump asking that he reconsider his nominee for Secretary of Education, Betsy DeVos, due to the simple fact that she is unqualified. Not to mention that she is against public education - the very department she would be leading.

Alas, while I received over 11,000 hits on this one post alone (thank  you to everyone who read it), I never heard back from now President Trump. Or his team. Or anyone.  I even sent my resume and a letter to his transition team, to him personally at Trump Tower, posted to several newspapers, Tweeted to several senators and the man himself. But - no response. Not that I expected one - after all, who am I? Just an educator for over 28 years. Just a public-school product who has earned a doctorate in education and who has promoted public school policy, teachers and students my whole career. I don't have any money though (remember...public school teacher), so that might be it. Ms. DeVos has paid her way to this nomination - as the 21 Senators on her payroll can attest.

Anyway, obviously I could go on, and on, and on, and on....about Ms. DeVos complete lack of experience and qualifications to head the Department of Education. But that is unnecessary, as she publicly displayed her incompetence in her hearing.  Here's a couple telling clips that, were you any logical person, should lead you to the conclusion that this woman should not be in charge of making decisions for the millions of public school children out there who rely on our education policies to provide them with equitable and quality education.


Yes, yes, to all you that think education needs a change and education is not doing all it should or can to support students, you are right. Education policy does need an overhaul. There is incredible inequity in our schools, there are students who are underserved and not receiving that quality education. Some things have already begun - i.e. ESSA, which is giving more control back to states over assessment after the debacle of No Child Left Behind. We definitely need an analysis of where educational funding is going and how it is being utilized because there is misuse and inequity in how it is allocated - I see this every time I go into a school district and see the disparity between schools within the same district.  Yes - there definitely are many things that need addressing. BUT - taking money to 'fund' for-profit charters, that have no oversight or assessment requirements, among so many other things is NOT the answer. It will only create more inequity. And those underserved, minority, students of poverty, special needs students (that Ms. DeVos did not realize have a law that PROTECTS THEM) - they will not be looked after by Ms. DeVos. She can spout off a letter that plagiarizes others to pretend to understand and value education for all students, BUT, look at her debacle in Michigan and I think we see where her heart and money really lie - privatizing "public' education to put money in the pockets of non-educators and not really giving a damn whether students receive quality education.

Ms. DeVos was passed on to the full senate yesterday for a vote, after a 12-11, down the party line, vote in the Senate Committee on Health, Education, Labor and Pensions. A sad day, but not unexpected since the GOP controls all these days and seems to be unable to listen to logic, facts, or stand up to the President. The Democrats did not just vote because she was a Republican nominee - they actually used facts, answers to questions, ethical issues, etc. to make their decision. I hope that in the full senate, there are at least three GOP senators who can do the same and fight for what is right for our education, instead of following the party line in fear of retribution from not only the President, but also from the money-wielding power and influence of  DeVos herself. If you are one of the senators she 'donated' to, my guess is you would not vote against her for fear she will support another candidate as retribution in the 2018 election. I keep trying to convince myself that there are some GOP senators that actually paid attention to DeVos' hearing, listened to her words, and recognized her complete incompetence. I hope they really studied her 'paperwork' and recognize all the conflicts of interest.  I hope they read her 'letter' and identified all the plagiarized components, showing Ms. DeVos has no real knowledge of the things 'she' says she believes about public education.

But - as the last twelve days of this new administration have shown, hope and facts don't matter much. There is fear of retribution, there is fear of standing up for our American rights, there is the desire to have that power. I keep believing that those who have been placed in a position of power, like our Senate members, have not all lost their ability to look at the facts, listen to the actual words of the person being nominated, and make a decision based on that. If they are still out there, if those Senators still exist, then there should be at least a 51-49 vote AGAINST DeVos for Secretary of Education because based on her own words, her own record, and facts, she is NOT qualified for this position. (It would be great if it were 79-21 against DeVos...then we would definitely see how 'pay to play' works in our political system).  But I will settle for 51-49.


Posted by Karen Greenhaus at 9:10 AM 6 comments: Links to this post

I love math & technology and helping integrate the two 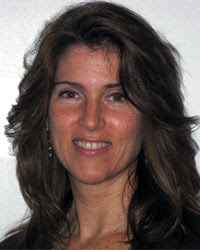